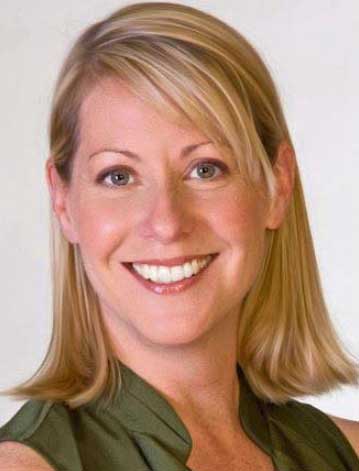 A native of St. Louis, Missouri, Jeanne began her dance training at the Barbara Jeanne School of Dance and at The Dance Center of Queensbury, NY under direction of Barbara Tebeau. Before long she was chosen to perform with the New York City Ballet Children’s Corps at SPAC, and crowned “Miss Dance of St. Louis, 1987.” Jeanne studied at the Ballet Academy of Princess Grace – Les Ballet de Monte Carlo, in France for 3 months under direction of, Marika Besobrasova, while studying ballet at Skidmore College under direction of Elizabeth Carroll and Felix Smith at the young age of 14. Jeanne spent every summer attending dance intensives, often on scholarship, including Joffrey Ballet under direction of Francois Martinet, Atlanta Ballet under direction of Robert Barnett, Cecchetti Council of America at Michigan State University. AT 16, Jeanne joined The Gateway Ballet Company, under direction of Norma Beutell, and partnered with Gregory Huffman, Gerald Hilding, and David Palmer all members of the Joffrey Ballet Company for Gateway’s Annual Nutcracker Ballet Performances.

At 18, Jeanne began her professional career in NYC with a National Tour of My One & Only followed by National Tours of Anything Goes and Sugar. Once finished touring the U.S. she joined the World Tour of 42nd Street and finally landed back in NYC performing annually at Radio City Music Hall with the Anti-Gravity Company. Jeanne has performed in numerous productions throughout her career: My One & Only, Anything Goes, Sugar, Easter Extravaganza, 42nd Street, Here’s Love, Once Upon a Mattress, Hans Christian Anderson, Gigi, A Chorus Line, Wonderland on Ice, The Nutcracker Ballet, Snow White, Peter and The Wolf, Hansel and Gretel, The Magic Flute, Amron, Circus Polka and more.

Since moving to Greensboro NC, Jeanne has enjoyed choreographing The King & I, Les Miserable, Grease, Thoroughly Modern Millie, back to the 80’s…The Totally Awesome Musical and Aladdin Jr. for The Greensboro Day School Drama Departments and has enjoyed teaching many children to dance and tumble throughout the triad. 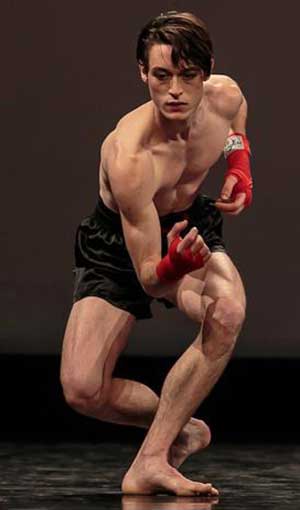 Sam Shapiro hails from Winston-Salem, North Carolina. He began his ballet training at Wake Forest University under the direction of his mother, Brantly Shapiro. At age 11, he entered the University of North Carolina School of the Arts, where he studied with the entire faculty including Duncan Noble, Nina Danilova and Gyula Pandi. At age 17 he joined The Royal Ballet’s Upper School where he danced for three years, graduating with commendation. Sam danced in the Royal Ballet’s productions of Cinderella, La Fille Mal Gardee, Firebird, La Valse and Manon. He spent two years in Boston Ballet II and performed with Boston Ballet in many ballets such as Giselle and Romeo and Juliet. After Boston he spent two years with The North Carolina Dance Theater performing classical and contemporary repertoire. Favorite roles included Dwight Rhoden’s Broken Fantasies and Mark Godden’s Dracula. The next year was spent touring, performing freelance with Tulsa Ballet, Fort Wayne Ballet and Ballet National de Panamá. He joined The Royal New Zealand Ballet for the 2011-2012 season and is now currently performing as a freelance artist and teacher. 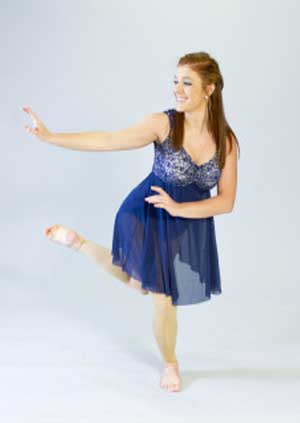 Kaitlyn Shelton is from Reidsville, North Carolina.  Kaitlyn holds her BA in dance and her K-Twelve Teaching License from the University of North Carolina at Greensboro.  Kaitlyn teaches ballet/jazz/contemporary/preschool and tumbling classes at DCG.   Additionally, Kaitlyn teaches and choreographs for our Nutcracker Ballet and Competition Dance Teams.  In 2021 Kaitlyn was awarded the BEST CHOREOGRAPHY awards at multiple dance competitions.  Kaitlyn holds her Cecchetti Council of America teaching certification in classical ballet and enjoys her full-time teaching position at the studio.  Kaitlyn began her training at The Dance Center of Greensboro in 2012 and Kaitlyn performed in DCG’s Nutcracker Ballet, Cecchetti Examinations, Dance Competitions, Wake Forest University half-time performances, and Spring recital performances. Additionally, Kaitlyn has earned numerous dance awards and accolades for both group routines and solos. Kaitlyn is a wonderful role model for DCG’s young dancers, and she is a favorite among the DCG students! The Dance Center of Greensboro is thrilled to have Kaitlyn Shelton as a faculty member. 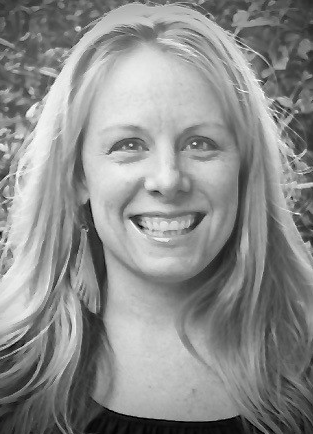 Brandi Thompson Scott hails from High Point, North Carolina.  Brandi holds her BA in dance from the University of North Carolina at Greensboro and has been teaching dance in Greensboro for 18 years. Brandi’s professional credits include the Sidelong and X Factor companies which whom she toured in Washington D.C. and around North Carolina. Twice now, Brandi has been invited to guest teach and choreograph at Salem College, where she has enjoyed setting repertoire work on their dance companies. Brandi is married to her husband, Michael, and has 3 children that keep her on her toes. The Dance Center of Greensboro welcomes Brandi and is happy to have her teaching and sharing her dance experiences with the DCG students. 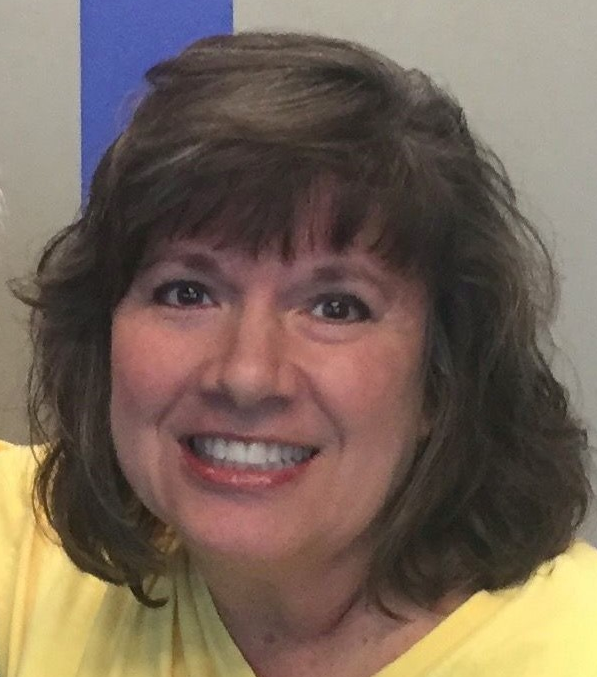 Susan Bodsford hails from High Point, North Carolina.  Susan began studying dance at age 6 and by 15 began her teaching career as an assistant at the Ray Hollingsworth Dance and Theatre Arts Centre.  Susan was a Miss North Carolina dancer and was awarded High Pont’s Junior Miss and winner at the North Carolina Junior Miss.  Susan won many top honors during her competitive dance years including the title of National Acrobatic Champion.  Susan’s extensive dance training includes ballet, tap, jazz, lyrical, acrobatics, musical comedy, voice and gymnastics under some of the great teachers including  Savion Glover, Henry LeTang, Gus Giordano, Michael Peters, and Michael Rooney to name a few.  Susan taught at The Dance Shop in Archdale, NC and judged the Showstopper National Talent Competitions for many years.  In 1985, Susan opened, her own studio, Dance Unlimited, in Kernersville which has been a staple in the dance community for more than 30 years.  Susan has gone on to produce numerous state and national talent winners and her students have gone onto Rockettes, Radio City Christmas Spectacular and American Ballet theatre, New York City.  The Dance Center of Greensboro is honored to have Ms. Susan on faculty sharing her many years of teaching, dancing, directing, and performing with the DCG students. 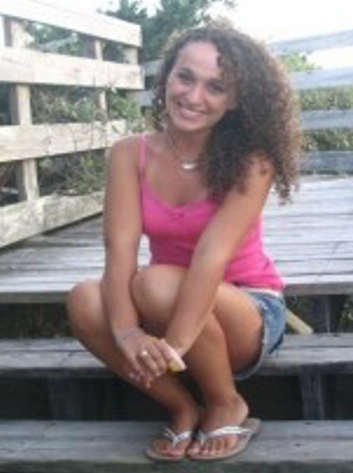 Meredith Knowlton began her dance studies 18 years ago and has enjoyed teaching dance for the past 7 years. While a student Meredith studied tap, clogging, ballet, jazz, lyrical, hip hop and Pointe. As a competitive dancer, for 12 years, Meredith earned numerous choreography awards and overall tap-dancing awards. Meredith also shares a passion for theatre and has been choreographing, primarily at Rockingham High School, for their musical theater performances and choral concerts for the past 7 years. Meredith still enjoys performing and in her free time you can see her on stage, in shows such as 60 Years of Broadway and Wizard of Oz with Community Theatre of Greensboro, and several other local theater groups. 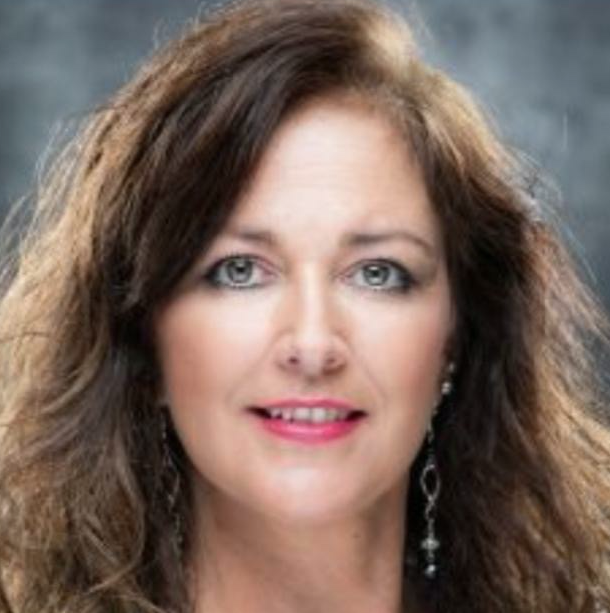 Sherry Yacuzzo hails from High Point, North Carolina. Sherry has 30 years’ experience as a professional dancer, teacher, choreographer, and competition judge. Sherry spent 10 years dancing professionally in Branson, MO and Lake Tahoe, NV, and has appeared in numerous industrials, conventions and shows.  Sherry has studied with and worked for dance greats such as Al Gilbert, Frank Boem, Ron Lewis and Michael Darrin. Most of her earlier training, while growing up, was in the local area with her wonderful teachers such as the late Jacqueline Dorminey and Ray Hollingsworth.  It was their training, guidance and encouragement which allowed Sherry to have the confidence to pursue her dream in dance.  Sherry is trained in ballet, tap, jazz, lyrical, hip – hop, acrobatics, and musical theatre and shares her passion for dance by teaching dancers of all ages.  With more than 20 years’ experience teaching, and choreographing DCG is excited to have Sherry Yacuzzo join our faculty.  Sherry serves as a judge for numerous national dance competition circuits and is a licensed Zumba instructor.  DCG welcomes Sherry and is excited to have such an accomplished, and professional, teacher working with our students.

Born and raised in NC, Isabel Pulido is a Vaganova trained dancer and teacher. She trained with Artistic Motion School of Arts in their Preparatory Academy which included 30 hours a week of intensive training in varying dance styles with a main focus in ballet. She was chosen to take part in Abt, San Francisco, Kirov, Washington ballet and Bolshoi’s summer intensives. Isabel has danced as the Sugar Plum Fairy in “The Nutcracker”, Lilac Fairy in “Sleeping Beauty”, and Gamzatti in “La Bayadere”, along with performing multiple character pieces at the Russian Embassy In Washington DC. She also had the wonderful opportunity to perform in Moscow Ballet’s production of the Nutcracker. In 2018 Isabel performed at the Lincoln Center in NYC for Youth America Grand Prix Finals Gala. 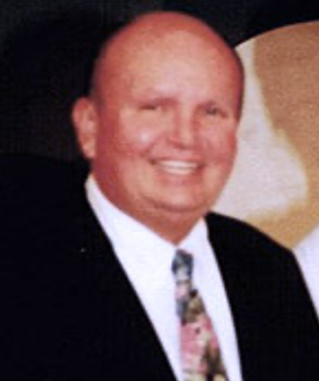 A native of South Carolina, Mallory began studying dance with Grange Hall once a week and from the first class was hooked on performing for life. Mallory made his way to New York City where he became a “Broadway Gypsie” performing in at least 15 Broadway shows and choreographing 3 others. Mallory has studied under some of the dance industry’s greats of the day including jazz with Luigi, Gus Giordano and Matt Maddox and tap with Henry Le Tang, Bobo Audy and Danny Hoctor of Dance Caravan. As a teacher Mallory has over 35 years of experience and success placing his dance students on Broadway in numerous shows including: Evita, A Chorus Line, Beauty and the Beast, Little Me, Barnum, Meet Me in St. Louis, Cats, Radio City Music Hall Rockettes.

In film including: Chaplin, A Chorus Line, Xanadu and on television in The Love Boat and the Country Music Awards to name a few. Mr. Graham has produced, directed and choreographed the Miss Mississippi Pageant Show for over a decade and has won 6 Emmy Awards for directing and/or choreographing. Locally Mallory Graham produced High School Musical and choreographed Hairspray for The Community Theater of Greensboro, Theatre in the Schools for Guilford County, Aida for the Myrtle Beach School system, and Guys and Dolls, Little Shop of Horrors, and 42nd Street for the High Point Community Theatre. The Dance Center of Greensboro is honored to have Mallory Graham join our faculty a a teacher and choreographer to offer our students his expertise, incredible life experience as a professional dancer and performer and as a multi-Emmy Award winning choreographer.